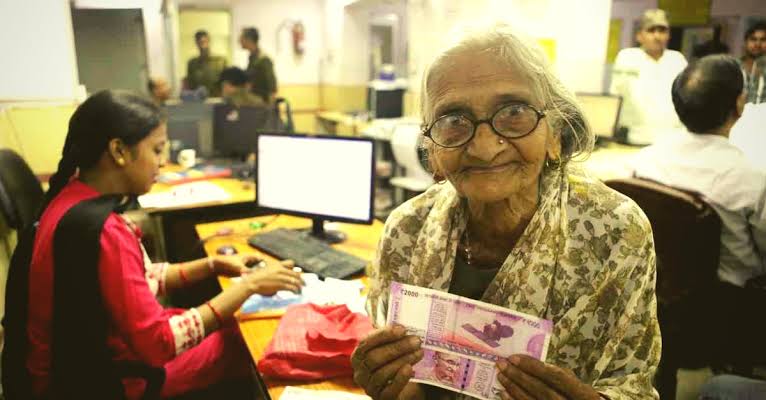 To increase the old age pension for senior citizens, a plea has been filed before Karnataka High Court and for that court issued a notice as well.

To protect the life and dignity of senior citizens by identifying their needs, facilitating access to healthcare and medication, and securing their right to food, pension, and social security, this plea stated this also.

As directed by the Supreme Court in this case, The Karnataka High Court has issued notice in a plea seeking an increase in old age pension for senior citizens in the State.

The plea also seeks to to protect the life and dignity of senior citizens in identifying their needs, conducting health camps, facilitating their access to healthcare and medication, as well as securing their right to food, pension, and social security.

While issuing notice to the Central and state governments a Division Bench headed by Chief Justice Abhay Shreeniwas Oka directed, “One of the grievances made in the petition is that pension amounts payable under Sandhya Suraksha Yojana and Indira Gandhi National Oldage Pension Scheme (to senior citizens) is not being regularly released. The State Government will have to immediately look into the said grievance.”

The plea states that senior citizens are the most vulnerable section of society during the COVID-19 outbreak on account of their increased risk of death due to existing co-morbidities. On account of this risk, senior citizens have been under strict home quarantine to reduce their risk of exposure to the virus, states the plea.

Moreover, the petition states that since their pensions have remained unpaid for several months since January 2020, senior citizens have been left without any monetary resources to purchase medication and food required for their sustenance.

The petition further states that, “The Hon’ble Supreme Court’s passed its judgment in Ashwani Kumar v. Union of India holding that senior citizens have the right to live with dignity with financial means through an adequate pension to ensure basic necessities. The Court directed the Central and State Governments to revisit the pensions to make them more realistic, and to relook at schemes that are outdated.”

This apart, the PIL contends that several advisories, guidelines and protocols issued by both, the Central and state governments have failed to address the issue of food, health, and social security of senior citizens.

The matter has been adjourned to November 19. This is in violation of their fundamental rights enshrined in Articles 14, 19, and 21 as well as the directive principles in Articles 41 and 46 of the Constitution of India, reads the plea.

The S.C ordered the removal of about 48000 slums in Delhi. In one of the last orders delivered by a Bench led by Justice ... Read More

Madhya pradesh high court directs the state governement to stop political gatherings amid COVID Otherwise Court May Have to Step in to do something which authorities have failed to do:

The high court of Madhya Pradesh while considering the fact of that the COVID pandemic is on the rise in the district of Gwalior and ... Read More

On Wednesday, The Indore Bench of High Court of Madhya Pradesh released a person who was appellant in the case in a temporary two-month bail ... Read More

NEWER POSTNot to demolish Properties till expiry of period to file an appeal/disposal of appeal: Allahabad Highcourt orders Government
OLDER POSTArtificial intelligence committee constituted by the High Court of Jammu and Kashmir