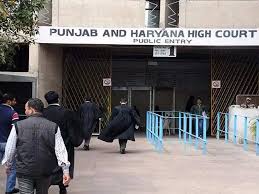 The Punjab and Haryana High Court has observed that only the ‘family members’ or ‘near relatives’ of the deceased person, against whom imputations have been made, can claim to be ‘persons aggrieved’ to file defamation complaint under Section 499 of the Indian Penal Code.

Sant Kanwar, a follower of late Chaudhary Matu Ram Hooda, an Arya Samajist and freedom fighter [Grandfather of former Chief Minister Bhupinder Singh Hooda] had filed a defamation complaint against Former MP Raj Kumar Saini alleging that he had made several defamatory statements against late Hooda. Saini moved High Court seeking to quash complaint and the summoning order issued by the Magistrate in this case.

Referring to the provisions of Section 199 of Code of Criminal Procedure, the court noted that a defamation complaint can be made by a ‘person aggrieved’. Justice Sanjay Kumar noted that Explanation 1 to Section 499 IPC states that imputing anything to a deceased person would amount to defamation, if such imputation would have harmed the reputation of that person had he been living and such imputation is intended to be hurtful to the feelings of his family or other near relatives. The court said:

“The statutory scheme therefore indicates that the ‘person aggrieved’ must have an element of personal interest, being either the person defamed himself or in the case of a deceased person, his family member or other near relative. It may also be noted that Section 320 Cr.P.C permits compounding of the offence of defamation but it is only the person who is defamed who can agree to the same”

On Monday, the apex court passed the stayed order on the demolition of any structure at Dargah Mubarak Khan Shaheed at Gorakhpur, Uttar Pradesh. The ... Read More

On Wednesday, The High Court Calcutta states that the State Government shall take appropriate measures without compromising the health issues of the public at large and ... Read More

Today, the apex court stayed the contempt of court notice sent by the Uttarakhand High Court to Maharashtra Governor Bhagat Singh Koshiyari for not paying the market ... Read More