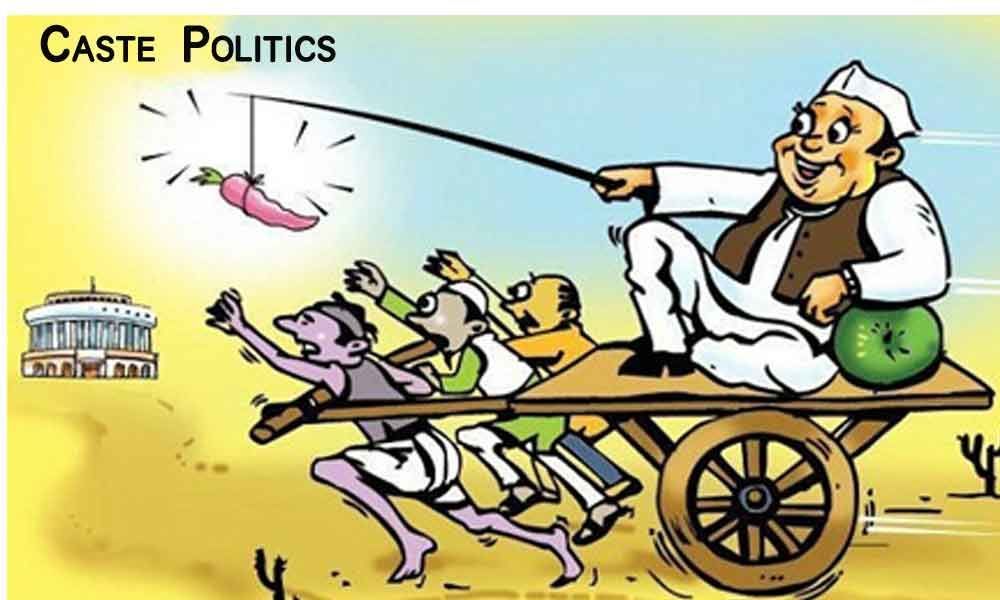 Practice of Caste Based Politics Ruined The Essence of Democracy

Practice of Caste Based Politics:

We can simply understand the status quo from this quote only that We don’t cast our vote; we vote our caste.

(1) CASTE SYSTEM IN THE CONTEXT OF SOCIETAL DEMOCRACY

As the Dr. B.R Ambedkar truly said that “The roots of democracy lie not in the form of government, parliamentary or otherwise. a democracy is more than a form of government. It is primarily a mode of associated living. The roots of democracy are to be searched in social relationship, in the term of associated life between people, society”Caste system is considered as the one of the reason of social problems. The literal meaning of religion is a belief of the person and it can be change at any time whereas the caste remain invariable throughout the life.  The caste system cannot be changed even after the changing the occupation or with the betterment of social status.  The caste system affects society in such a way that it makes the people more tolerated and narrow minded. It creates more disputes in the society and promotes inequality and injustice. On the other hand, this classification in the society represents the unity and integrity of the nation.

(i) In relation to women:

Caste system play crucial role in women’s life, it promotes child marriage and suppress the remarriage. Women are only considered as object to fulfill the sexual needs of the men in the society. Women are prohibited from get education and live independently on their own. It is root problem of the suppression of women in Indian society. It has never given any equal rights to Indian women. The caste system prohibits an Indian to eat with another Indian and marry outside his social group. It promotes the concept of untouchability.

Due to the dominance of upper caste to lower caste it leads to promotion of violence in Indian society. It fuels in the division of the people and encourages them to take weapons in the hands of the people. Consequently it leads to naxalite and moistest movement. It leaves no scope to switch to other occupation, it also restricts from freedom of marriage, access to religious places, educational institutions etc.

Therefore it is noteworthy that caste system discriminates in every aspects of life and infringes human rights conferred upon every individual by UN.  Caste system refuses the existence of those ideals of the society and therefore of democracy.

Caste is the core symbol of community in India, whereas for dispassionate others, even in serious critique, caste is still the defining feature of Indian social organization. Jawaharlal Nehru wrote that “Almost everyone who knows anything at all about India has heard of the caste system; almost every outsider and many people in India condemn it or criticize it as a whole.” Nehru did not like the caste system any more than he admired the widely heralded “spiritual” foundations of Indian civilization, but even he felt ambivalence about it. Although he noted that caste had resisted “not only the powerful impact of Buddhism and many centuries of Afghan and Mughal rule and the spread of Islam,” as also “the strenuous efforts of innumerable Hindu reformers who raised their voices against it,” he felt that caste was finally beginning to come undone through the force of basic economic changes. And yet Nehru was not sure what all this change would unleash, “the conflict is between two approaches to the problem of social organization, which are diametrically opposed to each other: the old Hindu conception of the group being the basic unit of organization, and the excessive individualism of the west, emphasizing the individual above the group.”

The Supreme Court in SubhashKashinath Mahajan v State of Maharashtra and Another (2018)[1], has toned down Section 18 of the Scheduled Castes (SCs) and the Scheduled Tribes (STs) (Prevention of Atrocities) Act, 1989. Alongside, the police have been prohibited from registering a first information report (FIR) without preliminary inquiry and making an arrest sans the written permission of the appointing authority if the accused is a public servant, and senior superintendent of police (SSP) in the case of non-public servants. The judgment is loaded with prejudice and incorrect interpretation of facts. This paper scrutinizes the judgment in the Mahajan case and seeks to analyses the reasons and justifications given by the Court to tone down the Prevention of Atrocities Act, 1989.

The learned judges also recite the judgment of Indira Sawhney v Union of India (1992). The judgment referred to Article 16(2) of the Constitution which forbid bias on the basis of caste and states that “the progress of India has been from caste-ism to unbias—from feudalism to freedom”. The Supreme Court further remark in the Indira Sawhney[2] case that,

“The caste system which has been put in the grave by the framers of the Constitution is trying to raise its ugly head in various forms. Caste poses a serious threat to the secularism and as a consequence to the integrity of the country”[3]

Kerala HC has held that CCTV Footage of crime is not a ‘material object’ and therefore the accused is entitled to receive a copy ... Read More

Promise To Marry And Sex Over Significant Period Of Time.

The Delhi High Court has held that a continuous intimate relationship that involves sexual activity over a significant period of time cannot be said to ... Read More