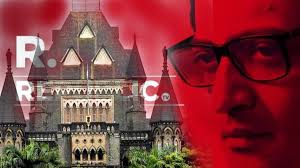 Plea has been filed by thr Republic T.V. in front of the High Court of Bombay challenging the FIR of Mumbai Police in case of fake TRP scam

Republic TV has filed the plea challenging the FIR filed by the Mumbai police in relation to an alleged fake Television Rating Points scam.The plea seeks quashing of the FIR against Republic and its employees including Editor-in-Chief Arnab Goswami and an order transfering the investigation proceedings from the Crime Branch Mumbai Police to the Central Bureau of Investigation.

Republic has sought directions to the Centre to initiate a CBI enquiry against Mumbai Police Commissioner Param Bir Singh as well as initiate disciplinary proceedings against him for abuse of power.

Republic has also sought interim protection against any likely coercive action like questioning and investigating by the Crime Branch against the members of the channel.They have prayed for an order of stay on the investigation of the channel and its employees till the Court decides on the plea.

Republic sought transfer of investigation to the CBI anticipating a pre-determined and biased investigation by the Crime Branch of Mumbai Police.

They have challenged the FIR believing that they have been falsely implicated in connection of the FIR as they have been in the forefront of exposing shortcomings of the Maharashtra Government and the Mumbai Police in recent investigations of Sushant Singh Rajput and Palghar lynching incident.

They have pleaded that Republic was deliberately not mentioned in the FIR to preclude them from availing any remedies.

Plea has been filed in font of the Madhya Pradesh High Court which demands strict action against the illegal action on the part of the ... Read More

Justice Anand Pathak of the Gwalior Bench of the Madhya Pradesh High Court has set a new trend of directing the Bail applicants to install Water ... Read More

UNHRC chief appeals to the Government of India to safeguard the rights of human rights defenders and NGOs:

Yesterday, chief of UNHRC Michelle Bachelet appealed to the Government of India to safeguard the rights of human rights defenders and NGOs, and their ability ... Read More

NEWER POSTBar Association of Apex Court has criticized the action of the Chief Minister of Andhra Pradesh of making allegations against Justice N.V. Ramana in front of the public
OLDER POSTHigh court of Allahabad directs the former Judge and his wife to approach the District Magistrate for alleged eviction by son: