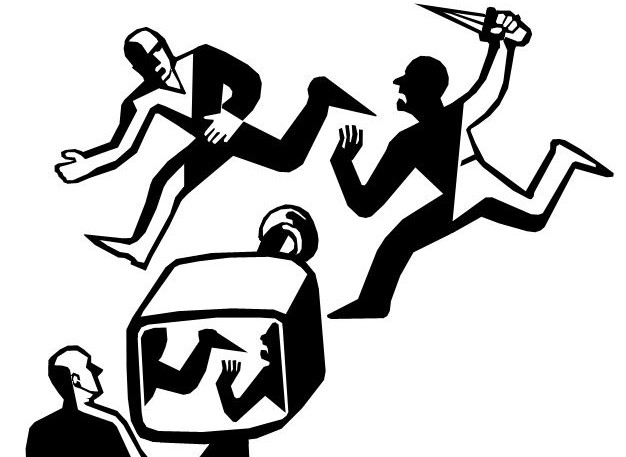 Influence of Media and its unscrupulous practices

Media being the watchdog played a very important role in the previous democratic states. Priorly, Media has been recognised as influential, patriotic and trustworthy in the socio, economic and political sphere in the country. But with the influence of TRP and Paid News system perverted it as whole. The credibility of the media has taken a drastic hit, and the Indian Democracy became the primary victim of that.

Paid news is curtailing the ethics of the Journalism. Perverted practices in media will eventually devour the journalism. Many analysts believe that Paid news has taken deep root in such a way that it will be more difficult to de-root it now. Today almost all the people are losing respect for the Media. They are hiring newspapers but switch off the T.V channels as they do not rely upon the Media. All these show that the ethics and principles on which the journalism stands is no longer being followed by today’s journalists. The journalists are not even comply with the guidelines prescribed by the Press Council of India.

In the bush of freedom of speech and expression the watchdogs of the Democracy are got mingled with the political parties, corporate and big organizations for a penny. The Media in this way killing the democracy, not at the rate of authoritarianism but killing the same.

Bryant and Zillmann defined media influence as “the social, cultural and psychological impact of communicating via the mass media”.

Perse states that media effects researchers study “how to control, enhance, or mitigate the impact of the mass media on individuals and society”.

Media play a very important role and has influence in every aspect of our lives. Newspaper, magazine, radio, television and internet are the different types of media. It greatly affects our lives because media has the power to influence our thoughts.

Earth has become a global village due to media. We can know about any part of the world within minutes through television and internet. Media is the best way to spread knowledge, information and news from one part of the world to the other.

The media can manipulate, influence, persuade and pressurize society, along with even controlling the world at times in both positive and negative ways; mentally, physically and emotionally. Controversial stories are reported and printed with no reliance of it being fact or not. The public is “meant” to believe everything they’re told and not question it. With it being so easy to say assert an opinion so easily after a few taps, it can lead to investigations and front page headlines. Additionally, as newspaper and magazines have website, articles can be posted and received quicker than printed articles, and are updated more regularly.

The influence of media on this whole wide world is significant. Since the day it has evolved it has affected many aspects of the human world. Media culture whether it is written or spoken, for a limited audience or world wide spread reaches a large audience. It affects the belief and knowledge of the individuals, it decides the way of voting in a definite manner etc. Now, because of media it has become easier for the common public to reach the government and spread knowledge. Public opinion is encouraged here.

Sc Says, Article 14 Does Not Forbid Reasonable Classification For The Purpose Of Legislation.

The apex court upheld a compassionate appointment regulation of Rajasthan State Road Transport Corporation which would bar dependents of a deceased employee from claiming ... Read More

The Supreme Court has observed that an assessee  , in case his address is changed, is required to make an application for change of address ... Read More