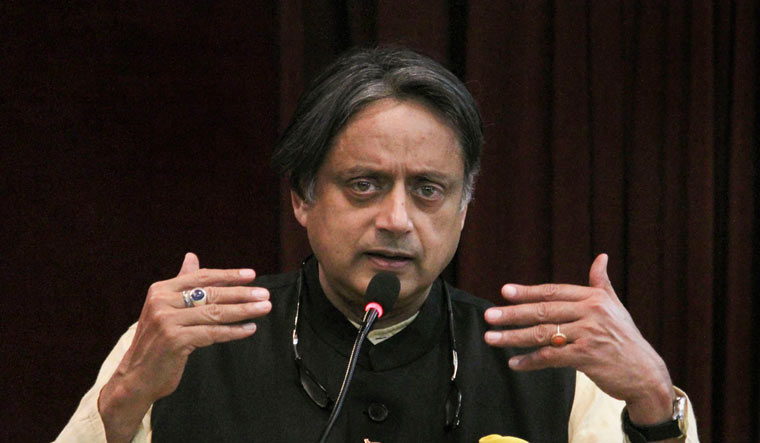 On Friday, the Delhi high court stayed the criminal proceedings against Shashi Tharoor in connection with his statement that “a scorpion sitting on Shivling” remark against Prime Minister Narendra Modi.

The order was passed by the Single Judge bench Justice Suresh Kait in a petition which was seeking to quash the summons and proceedings in the defamation case against the Shashi Tharoor and the court also issued notice to the complainant  BJP’s Rajiv Babbar in this regard.

Complainant highlights that in November 2018 at the Bangalore Literature Festival where Mr Shashi Tharoor allegedly said that “Mr. Modi is a scorpion sitting on a Shivling.

On the behalf of the petitioner with disagreeing with the complainant Senior Advocates, Kapil Sibal and Vikas Pahwa argued that the issuance of summons was erroneous and contrary to the principles of criminal jurisprudence. Meanwhile, he argued that he was merely quoting another person, Gordhan Zadaphia and that statement has been in the public domain for the last several years. Moreover, it is claimed that Tharoor did not make any false opinion or comments and rather only quoted a direct statement from an already piece of journalistic work. Further, it is also argued that the Complainant, Rajiv Babbar was not an aggrieved person in terms of Section 499 IPC and that the true origin and purport of the speech were cleverly concealed by him.

The court adjourned the case and will be hearing the matter on 9th December 2020.

Mohit Saraf urged to follow suit and Rajiv Luthra ready to kick-start dilution of his equity stake at L&L Partners.

Luthra has asked Saraf to express whether he chooses not to dilute his stake by 6 pm on Monday, failing which it would be understood ... Read More

The Supreme Court has dismissed a Public Interest Litigation challenging the constitutional validity of Section 55(c) and Section 11 of the Wildlife Protection Act, 1972 Section 11 ... Read More

Apex court rejected to entertain an appeal against Patna High Court order requiring the plaintiff to pay maintenance to his wife as a condition for granting the anticipatory bail:

On Friday, the supreme court rejected to entertain an appeal against a Patna High Court decision requiring the appellant to pay maintenance to his wife ... Read More

NEWER POSTApex court rejected to entertain an appeal against Patna High Court order requiring the plaintiff to pay maintenance to his wife as a condition for granting the anticipatory bail:
OLDER POSTPension Problems Faced By Senior Citizen, Karnataka HC Orders To State Government