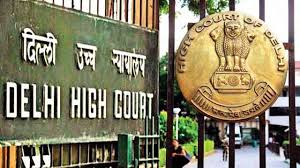 The Delhi High Court today issued notice in the PIL seeking the recognition of same-sex marriages under the Hindu Marriage Act.The PIL has also been clubbed with an allied petition seeking that the Special Marriage Act and the Foreign Marriage Act be interpreted to also apply to the marriages of same-sex couples.

The PIL seeking a declaration to recognize the right of same-sex couples to marry under the Hindu Marriage Act, 1956 was moved by Abhjit Iyer Mitra, Gopi Shankar M, Giti Thadani and G Oorvasi (Abhijit Iyer Mitra & Ors vs UOI).The Bench of Justices RS Endlaw and Justice Asha Menon was expected to hear the matter today, when it took note that the Court had earlier issued notice in a similar issue.

Appearing for the petitioners today, Advocate Ragav Awasthi submitted that the language used in the Hindu Marriage Act is gender neutral. Therefore, the same would apply to same-sex marriages as well, he submitted.Similar submissions were made with respect to the Foreign Marriage Act as well i.e. that it does not distinguish between heteresexual and homosexual couples.

The matter is expected to be taken up next on January 8, 2021, which is when the earlier petition was listed by the same Bench of Justices Endlaw and Menon.

The Press Council of India has noted with distress that coverage of the death of Bollywood actor Sushant Singh Rajput by many media outlets are ... Read More

Bar Association of Apex Court has criticized the action of the Chief Minister of Andhra Pradesh of making allegations against Justice N.V. Ramana in front of the public