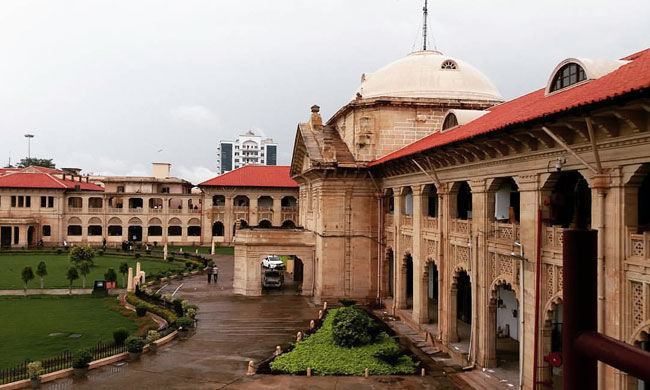 High court of Allahabad directs the former Judge and his wife to approach the District Magistrate for alleged eviction by son:

The high court of Allahabad directed the former Justice Anjani Kumar and his wife to approach the District Magistrate, Prayagraj with their grievances. The former judge and his wife had filed a petition in the High Court against their own son for illegally evicting them from their own house.

So , on listening to the matter the High Court granted liberty to the petitioners to file an appropriate application under the state laws before the District Magistrate, Prayagraj within ten days enclosing therewith the relevant papers.

The petitioner’s son has been directed to appear before the District Magistrate on November 19, 2020.

On Thursday, The HC of Allahabad, showed its concern over the cases of where the mob attacks on police, that are increasing, in every day. ... Read More

No Registration Required of Migrant workers in the National Database:- Delhi HC

The High Court of Delhi had rejected the petition seeking registration of migrant workers after the central Government  Assured the court to be in process ... Read More

After setting up a task force on gender-based violence to coordinate and monitor support and prevention services, providing free contraception and giving moratoriums for all ... Read More

NEWER POSTPlea has been filed by thr Republic T.V. in front of the High Court of Bombay challenging the FIR of Mumbai Police in case of fake TRP scam
OLDER POSTApex court rejected to entertain an appeal against Patna High Court order requiring the plaintiff to pay maintenance to his wife as a condition for granting the anticipatory bail: