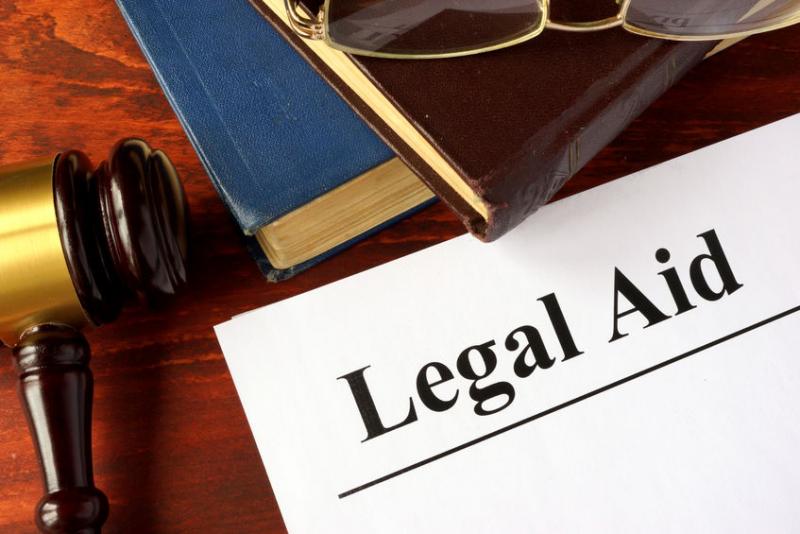 In the era where people is dealing with the hardship even to meet the basic facilities of life, for them its very hard to represent themselves in the court via good lawyer. Legal aid provides the legal help to the poor and needy people who are not financially capable to afford good lawyers for there cases. Basically, legal aid ensures that no one will be deprived of any kinds of legal help or any professional help. Legal aid main objective is to fulfill the delivery of the equal which is easy to access by the financially weaker section of the society.

The function of the Legal Aid in a particular  state to advance the vision of the welfare state. Generally the Legal Aid is established by the state for the public who are deprived of legal help but due to the financial crisis they unable to access the facilities.

The evolution of the concept of legal aid came during the year of 1851 in France when the bill was passes which provides the free legal aid to the needy one. In the year 1952, the government of India had asked in many their many conferences to provide the free legal aid to the needy and the poor for the legal help the the concept of the free legal aid was started in India. A was formed under the chairmanship of Justice P.N Bhagwati the former justice of Supreme Court of India in the year 1980, the committee supervised the program of Legal aid across the country. Letter on the committee was known as  the Committee for Implementing Legal aid Scheme (CILAS) and also it started its functioning i.e. to provide free Legal aid to the needy people across the country. The another milestone in the field of Legal aid was sitting of Lok Adalat for the people of India. Basically, these courts accelerated the speed of the trial process in our country and thus justice is given faster. Later on in the year 1987, Legal Service Authority Act, 1987 was enacted which provides the statutory base and uniformity to the Legal aid cell. Because of loopholes or drawbacks the Act was enacted in the year 1995 by honorable Mr justice R.N Mishra.

Position of Legal Aid in India

In the Indian constitution the provisions for the Legal aid is provided under the following articles:

The State shall secure that the operation of the legal system promotes justice, on a basis of equal opportunity, and shall, in particular, provide free legal aid, by suitable legislation or schemes or in any other way, to ensure that opportunities for securing justice are not denied to any citizen by reason of economic or other disabilities.

In the Order XXXIII, Rule 17 of CPC states that “Defence by an indigent person.- Any defendant, who desires to plead a set off or counter claim, may be allowed to set up such claim as an indigent person, and the rules contained in this Order shall, so far as may be, apply to him as if he were a plaintiff and his written statement were a plaint.”

Further in the CrPC Section- 304(1) States that “Where, in a trial before the Court of Session, the accused is not represented by a pleader, and where it appears to the Court that the accused has not sufficient means to engage a pleader, the Court shall assign a pleader for his defence at the expense of the State.”

Contribution of Judiciary in Legal Aid

and destitute people in judgment of Hussainara Khatoonv where the petitioner conveyed to the notice that most of the trials have already experienced the punishment much more than what they would have got had they been convicted without any delay. The delay was triggered due to unskilled of the persons convoluted to engage a legal counsel to defend them in the court of law and the main reason behind their inability was their poverty. Thus, in this case the Supreme Court pointed out that Article 39-A emphasized that free legal service was an inalienable element of reasonable, fair and just procedure and that the right to free legal services was implicit in the guarantee of Article 21.

Two years later, in the case of Khatri v. State of Bihar  the Supreme Court held that the state is constitutionally bound to provide legal aid not only at the stage of trial but also when they are first produced before the magistrate or remanded from time to time and that such a right cannot be denied on the ground of financial constraints or administrative inability or that the accused did not ask for it. Magistrates and Sessions Judges must inform the accused of such rights. The right to free legal services is an essential ingredient of reasonable, fair and just procedure for a person accused of

an offence and it must be held implicit in the guarantee of Article 21 and the State is under a constitutional mandate to provide a lawyer to an accused person if the circumstances of the case and the needs of justice so require…The State cannot avoid this obligation by pleading financial or administrative inability or that none of the aggrieved prisoners asked for any legal aid.

In Suk Das v. Union Territory of Arunachal Pradesh , Justice P.N. Bhagwati, highlighted the necessity of the legal awareness to the poor as they do not know the their rights more particularly right to free legal aid and further observed that in India most of the people are living in rural areas are illiterates and are not aware of the rights conferred upon them by law. Even literate people do not know what are their rights and entitlements under the law. It is this absence of legal awareness they are not approaching a lawyer for consultation and advice. Moreover, because of their ignorance and illiteracy, they cannot become self-reliant and they cannot even help themselves. That is why promotion of legal literacy has always been recognized as one of the principal items of the program of the legal aid movement in the country.

Justice Krishna Iyer, who is supporter of social justice in India, in M.H. Hoskot v. State of Maharashtra had rightly said that ” if a prisoner sentenced to imprisonment is virtually unable to exercise his constitutional and statutory right of appeal inclusive of special leave to the Supreme Court for want of legal assistance, there is implicit in the Court under Article 142 read with Articles 21 and 39-A of the Constitution, the power to assign counsel for such imprisoned individual for doing complete justice.”

A brief about NALSA

NALSA has been constituted under the Legal Service Authority Act 1987, it ensure the free Legal Aid to the weaker section as well as the poor of the society.

Its main objective is to provide free Legal Aid in civil and criminal matter for poor and needy people.

In the United Kingdom the Legal Aid is governed under the Legal Service Commission which supervise the subject of criminal and civil cases but there were some exceptions to the subject such as liable, most personal injury cases and it also includes running of a business, family law cases are also covered.

Before the year 1903, the prisoner was relied upon the pro-bono representation but the scenario was changed, when the state took the initiative and fund was initiated by the state for the representation under Poor Prison Act 1949, was enacted which provided for the serious cases.

On the recommendation of the Rushdiffe  committee of 1945. Thee modern system which is related to the civil aid and constructed under the Legal Advice and Assistant Act 1949. This system came into force in the year 1950.

Position of Legal Aid in Australia

Commission only provides the justice through providing the financial assist to the needy people who can’t afford to represent themselves in the court for the remedies.

In India Article 39A deals with provision of the legal aid. Further, in Order XXXIII Rule 17 of CPC deals with the indigent person and Section 304(1) of CrPC states that “where it appears to the Court that the accused has not sufficient means to engage a pleader, the Court shall assign a pleader for his defence at the expense of the State”.  The above mentioned were the statutory provisions which provides legality base and stability to the Legal Aid.

While in the United Kingdom it is governed under the Legal Commission which supervises the work of the Legal Aid to provide the aid to the subject of the criminal and the civil matter. In United Kingdom there were some provisions to the subject are also there. Most personal injury cases and it also includes running of a business, family law cases are also covered under this exception.

As we observe above that the various country following the provisions of Legal Aid in different ways. No doubt, the concept of the Legal Aid was odd one out. It is the one of the mile stone step to uplift the equal protection of law where where financial condition is not the barriers to represent in the court room through the good lawyers. Legal Service Authority Act, makes it mandatory to practise to provide the free legal aid to the society. All the Law School play a vital role to enhance or uplift the society.

3 Constitution Of India Article 39A

A good education is the first step towards change in society and one’s life. Education is a ray of light in the darkness and plays ... Read More

Regulatory Measures and Air Pollution in India: A Critical Study

ABSTRACT  Air pollution has been termed a democratizing force but it is far from that, as it propagates existing environmental injustices. Studies have shown that ... Read More

RULE OF LAW IN INDIA: A CRITICAL ANALYSIS

Abstract The rule of law is principle of legality under which the state is governed not by the ruler or the nominated representatives of the ... Read More