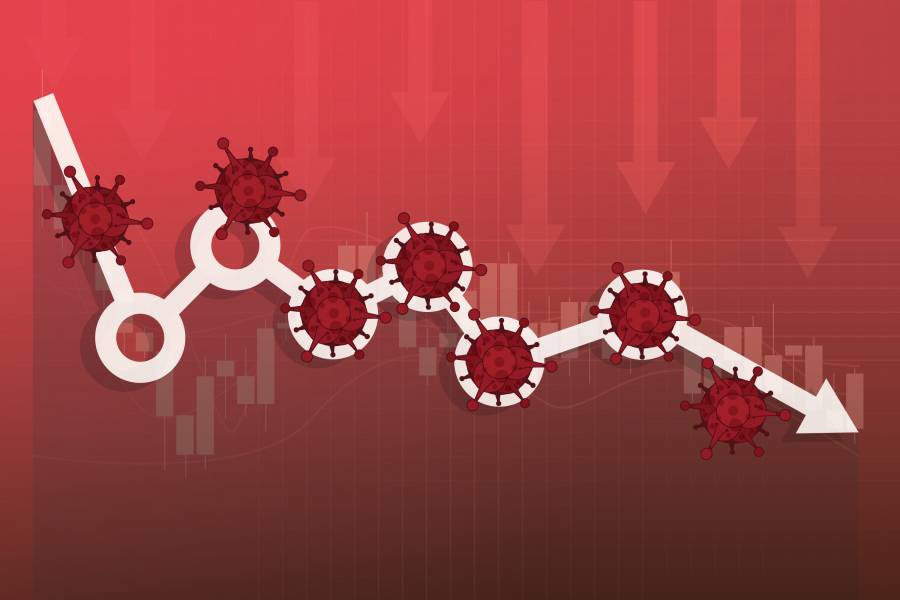 Covid-19 pandemic has impacted countries economically, socially and legally a lot. It has devastated the economies through various ways like increase in NPAs, fall in production level etc. Also there is increase in number of psychological issues like lack of trust, faith which is making the problem worse. Analyzing the legal aspect, business agreements are the worst hit. To counter all these problems, a progressive, compassionate and co-ordinate action is much needed.

No one imagined that an unknown infection, never heard of before, would destroy the world in every single way conceivable. It’s hard to picture a disease tearing apart wealthy prosperous economies and shaking mankind to its very core. No doubt, there have been fatal outbreaks before, but none so detrimental since the Spanish Flu of the 1918, the one of its kind. It wasn’t uncommon for people to socialize and for economies to prosper without restraints until this pandemic, termed ”COVID 19” paved its way into our lives and turned the world upside down.

While most of its impact is evident on the face of it, a variety of psychological and related effects on the life of general public go un-discussed. The isolation, disappointment and an enclosed life coupled with an increment in abusive behavior at home, hole in the relations and so on are some of this pandemic’s detriments. It isn’t just a worldwide wellbeing emergency, but also a financial, social and legal one.

Specialists suggest that to abstain from being a casualty of this fatal ailment, the recipe of social separating is perhaps the only route available. “The extent and speed of breakdown in movement that has followed this outbreak is not similar to anything we’ve encountered in our lifetimes.”, says Barry Eichengreen, a business analyst of the University of California, Berkeley. Till date, Covid-19 has walked in around 185 nations, destroying the entire world in a roundabout way, including monetarily, socially, mentally and politically.

Apparently, this virus is spreading as quickly as malady itself and has critically hit the economies, cutting off the demand-supply chains thereby inducing the most noteworthy fall in the worldwide economy since 1929 Great Depression. The International economy was figured to grow 1.6% this year, which is the most vulnerable, since the worldwide money related emergency of 2007-09. Ventures and IT organizations have begun lay-offs and they are ousting their representatives or laborers on account of less work prompting the expansion in joblessness. In United States, 30 million individuals had petitioned for joblessness benefits by 30 April. In U.K. this number was close to 1 million by the month of March. Educational sector is additionally the most noticeably terrible hit.

A study in USA suggests that educational institutions in New York alone lost 1 percent of the GDP. In India, banking sector has presented with mammoth problems, like failure by lenders to pay regular premiums, which could lead to an increment in NPAs, prompting the breakdown of banking framework. In rest of the world, the pandemic is projected to hit the economies seriously in the remainder of the year, in the event of which, most nations would find it hard to revive even by end of 2021.  Additionally, most nations depend on the travel and amusement sector for their income, which unfortunately, is the worst it by this outbreak.

A few economies entered this emergency in a defenseless state with languid development and high obligation levels and it could be years before they recover completely. Chances are that in the following two years, the world could experience drainage of $ 9 trillion from worldwide GDP. It is not hard to assume that considering these scenarios, nations may find the need to close their economies in order to facilitate a feeling of insurance among local organizations and ventures.

While economic detriments are evident, the pandemic has also flared- up on every aspect of society and has made it rather defenseless. It is influencing not only destitute individuals and individual with inabilities, but more established individuals also. The social emergency it has brought forth may likewise build imbalance, segregation and worldwide societal restlessness in a long haul. More seasoned individual are progressively inclined of getting this sickness as they are battling with more noteworthy wellbeing dangers as well as less fit for supporting themselves in seclusion. Pessimistic generalizations see more seasoned individual as powerless, immaterial and trouble on society.

It is favored in numerous nations to treat more youthful individuals first; such age based segregation frequently takes an appalling course. Frenzy purchasing among individuals is another difficulty which prompted decrease in humankind as individuals are not thinking about others, but place their self centered interests over general well-being. Individuals with handicaps are additionally confronting the issue worse than others considering they have twice the difficulty dealing with healthy survival. In light of their inabilities some of them can’t proceed to take a look at themselves.

Instances of antagonistic behaviors with corona warriors, particularly, doctors and other healthcare professionals are a common sight. The individuals close to them repent them in the fear of catching this disease through their contact. News of workers forced to abandon rental accommodations owing to fear of virus spread are a source of deep. Instead of acknowledging and appreciation their efforts, people prefer to harass and discriminate against these warriors, reflecting the new low our society has fallen to. Yet another issue that has caught spark is the increment in aggressive behavior at homes, particularly by husbands on their wives, as indicated by India’s National Conference for Women, according to which there has been expansion of 45% in cases of domestic violence in long stretch of March. The guilty variables for this mistreatment include withdrawals owing to absence of liquor, budgetary concerns and so forth. Additionally there have been cases of attempts to end ones own life and in extreme cases, that of others. The issue of stigma and discrimination remain at large. There have been reports of refusal to conduct funeral, refusal of treatment and refusal to communicate with the patient. Society’s security and the wellness of its components is well jeopardized by this outbreak.

Having discussed the economic and social disturbances arisen in the wake of COVID 19, there is also a need to analyze the legal aspect of the situation concerning the world today. Human Rights are universal legal guarantees protecting individuals and groups for upholding pride and dignity. Human rights are absolute necessities to any response to people suffering from COVID- 19. A wide range of efforts are being made by governments all over the world to ensure these rights amidst the virus outbreak. These include promotion of legal support services focusing on vulnerable groups, promoting governmental responsibility for multi-sectoral coordination and collective participation of public and private sector in countering the harms of virus.

A cluster of rights are guaranteed in India to ensure that this disease doesn’t hamper the Indian justice delivery mechanism. These include the Right to Equality (Article14-16), The Right to Life (Article 21) among others. However, business agreements are surely among the most vulnerable in present scenario. Considering the flexibly chain disturbance brought about by the COVID-19, almost certainly, exhibitions under numerous agreements will be deferred, interfered, or even dropped.

Counter gatherings (particularly providers) to agreements may be postponed as well in attempts to maintain a strategic distance from execution (or risk for non-execution) of their authoritative commitments and additionally end contracts, either in light of the fact that COVID- 19 has authentically keeping them from performing legally binding commitments, or on the grounds that they are trying to blame it so as to remove themselves from a horrible arrangement. The spread of COVID-19 has just brought about an expansion in organizations encountering monetary pain as they attempt to relieve the money related effects of gracefully chain issues combined with lower client request.

The strategy of countering this pandemic dominates the remorse of human helplessness in these times. COVID-19 pandemic is a complex phenomenon in today’s society. It has hampered the existing methodology of looking at outbreaks and demands new forms of holistic responses. It is not just the product of human irrationality and ignorance, but also a nail in the coffin on our ability to manage nature. The study above has demonstrated how the perils of this phenomenon extend way beyond our imagination and control. Given the magnitude of the pandemic and its heavy personal, social and economic cost, existing efforts to respond seem rather futile. Efforts are needed to inculcate more progressive approaches to managing and hopefully eliminating this virus through compassionate yet, coordinated action. A ton relies upon the study of disease transmission of the infection, the viability of regulation measures, and the advancement of therapeutics and antibodies, which are all difficult to foresee, but aren’t a far cry with targeted approach.

The apex court has held that signed carbon copy prepared in the same process as original document is admissible in evidence as the original ... Read More

Delhi University is having a special problem said by Justice Pratibha M.Singh while hearing a batch of Plea challenging the decision Of Delhi University to ... Read More

Pursuant to an order passed by the Delhi HC in a case pertaining to a missing person, the Delhi Police has launched a web and ... Read More

NEWER POSTApplication filed by Prashant Bhushan in front of the Apex court to put off tomorrow’s hearing against him related to the case of two tweets against the judiciary and he has been founded guilty of contempt of court in this case
OLDER POSTAnalysis of Ayodhya Verdict : The Dispute That Divided Nation