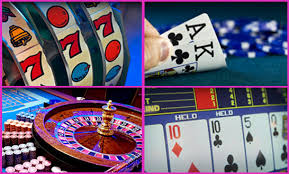 In the backdrop of rise in number of suicides by gamers, who allegedly lost their money in Online Gaming, the Tamil Nadu Governor, Banwarilal Purohit has signed an ordinance on Friday (20th November) to “ban online gaming” involving betting.

The Raj Bhavan issued a Statement on Friday stating that the Government submitted a proposal to the Governor seeking promulgation of an Ordinance by amending relevant acts, as “due to online gaming, innocent people, mainly youngsters are being cheated and some people have committed suicide.”

It may be noted that the Ordinance provides the following:

Mere Error In Framing Substantial Question Of Law Would Not Render A Judgement In Second Appeal To Be Set Aside: SC

The SC has observed that mere error in framing a question of law would not render a judgement in Second Appeal liable to be ... Read More

No Bar Under Motor Vehicles Act To Prosecute Offences Under IPC.

The apex court has held that Motor Vehicles Act and the Indian Penal Code are two different spheres independent of each other and the person ... Read More

The Bombay HC has recently observed that journalists do not haves some special privilege or greater freedom than a common man to make imputations or ... Read More

NEWER POSTILS International Summit: Legal Professionals With Disabilities [1st-3rd Dec]
OLDER POSTHigh Court of Allahabad sought response of Law Department of the state of UP as to whether in absence of trial, liberty of the accused-applicant may be curtailed