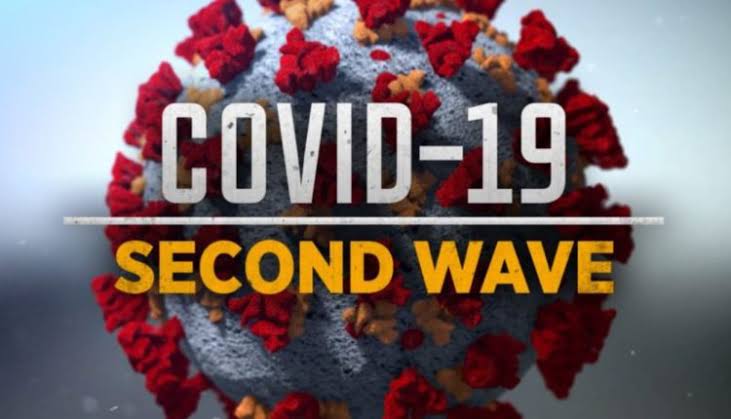 Delhi High Court asked to delhi and central govt., “It is a Tsunami; how are we preparing to deal with peak in mid May?”

[COVID-19 Second Wave] Delhi High Court asked to delhi and central govt., “It is a Tsunami; how are we preparing to deal with peak in mid May?”

A Bench of Justices Vipin Sanghi and Rekha Palli, therefore, asked the Central and Delhi governments about the level or preparedness for the same.

The second wave of COVID-19 pandemic is like a tsunami and as per expert reports the worst of it is yet to come as the peak is likely to happen in mid May, the Delhi High Court observed on Saturday.

A Bench of Justices Vipin Sanghi and Rekha Palli, therefore, asked the Central and Delhi governments about the level or preparedness for the same.

“Other aspect is, it was in papers. According to IIT, Delhi, peak will come in mid-May… it’s a tsunami. How are we trying to build the capacity.. How are we preparing as on date to deal with mid May,” the Court demanded.

“What are the projections. We know this disease has low mortality…some will eventually die. What is not good that where people who could be saved, we are losing those. It is our responsibility to see that those who can be saved are brought back from death,” it added.

The Court asked both Central and Delhi governments to look into augmentation of resources i.e. beds, medicines, doctors, paramedcis etc in view of experts claiming that peak of the present wave was yet to be reached.

Solictor General Tushar Mehta said that government was already conscious of the need.

He informed the Court that apart from increasing the beds, as much as 50k MT oxygen was being imported and wherever possible, oxygen production was being tapped.

The Bench was hearing another set of petitions by certain hospitals in the national capital highlight lack of Oxygen for COVID-19 patients and seeking urgent directions to ensure that lives are not lost.

“We had five minutes of Oxygen supply left. We had two hours of supply when the hearing began. This is an SOS call,” counsel for one of the hospitals said during the hearing.

During one of the earlier hearings in similar petitions, the Central government had assured that Delhi would get 480 metric tonnes (MT) of Oxygen.

However, it was pointed out that due to the surge in demand, transportation has become a problem since enough tankers are not available.

The Court after a lengthy hearing passed directions to ensure that tanks are available for transportation.

The problems that Delhi continues to face arise primarily on account of the fact that supply of oxygen even at the allocated rate is not taking place, the Court noted.

For Rourkela and Kalinga Nagar, we have been informed that GNCTD has not arranged tanks, the Court observed.

“Let Delhi government take steps in this regard with help of the subgroup. Delhi government should therefore make all-out efforts for procuring cryogenic tankers. In case tanks are in short supply, we are hopeful that Centre shall create a system for rotational use,” the Court ordered.

We expect officers of both govts to coordinate in this regard, the Court added.

High court of Gujarat becomes the first high court in India for live steaming of the court proceedings on Youtube:

From today, The Gujarat High Court will be conducting live streaming of Court proceedings on YouTube, With a view to effectuating and broadening the implementation ... Read More

Kerala High Court said that no FIR or ‘adverse action’ to be taken invoking Section 118-A, Kerala Police Act until State takes a decision.

Kerala High Court said that no FIR or 'adverse action' to be taken invoking Section 118-A, Kerala Police Act until State takes a decision. The ... Read More

NEWER POSTHigh court of Punjab and Haryana expressed that persons who wear masks leaving their nose and mouth exposed would be treated on the same as those not wearing masks and will face same consequences of not wearing the mask:
OLDER POSTJustice NV Ramana has been sworn in as the 48th Chief Justice of India (CJI).