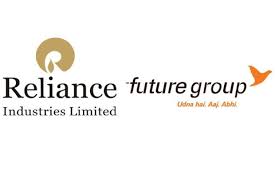 The Competition Commission of India has approved the acquisition of retail, wholesale, logistics & warehousing businesses of Future Group by Reliance Retail Ventures Limited and Reliance Retail and Fashion Lifestyle Limited.

The move comes amidst the objections raised by US-giant Amazon, which has invested in one of the Future group’s holding companies against the enforcement of Reliance-Future group deal.

The Emergency Arbitrator passed an interim award in favour of Amazon, which has injuncted Future Retail and Future Coupons from taking any further steps in respect of the Board Resolution of August 29, 2020 with respect to the transaction with Reliance Industries or its group entities. The Future Group entities have also been injuncted from filing or pursuing any application before any Body or Agency in India with respect to the said Board Resolution.

Future Retail has challenged the injunction of the Emergency Arbitrator in the Delhi High Court.

A single bench of Justice Mukta Gupta on Friday reserved orders on the application for ad-interim relief sought by Future Retail (FRL) to restrain Amazon from interfering in its performance of the lawful contract with Reliance.

FRL has submitted in the Delhi High Court that Amazon was not its shareholder and has no say in its affairs and the interim order passed by the Singapore International Arbitration Centre (SIAC) was of no value.

A writ petition has been field before the Jharkhand High Court challenging the decision of the National Law University Bangalore to hold a separate test ... Read More

In the view that Delhi Police was yet to seize the the footage and videos from the cameras installed at the Jafarabad and Maujpur Metro ... Read More

Apex Court grants bail to the resident of Jodhpur who was facing trial under the Unlawful Activities prevention act, 1967

On Wednesday, The Apex Court give permission to the special leave petition filed a person of Jodhpur facing trial under the Unlawful Activities Prevention Act ... Read More

NEWER POSTWhether the marriage or live-in relationships between first cousins illegal?
OLDER POSTHigh Court of Delhi issued notice to the CBI on BJP MP Maneka Gandhi’s petition challenging a trail court order rejecting its report in corruption case against her