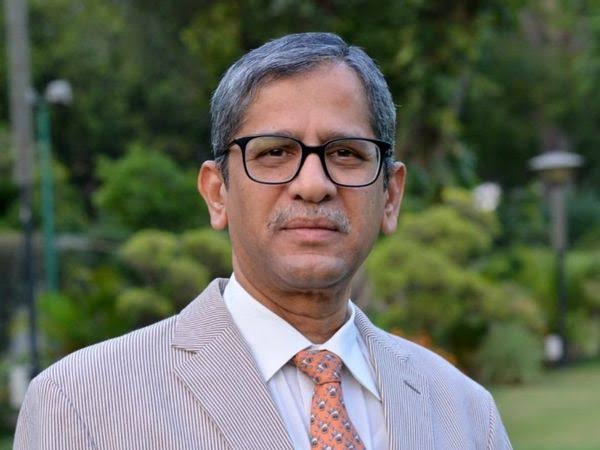 Chief Justice of India NV Ramana said, “We are going through trying times. Virus does not differentiate. Some strong measures may be needed in these difficult times.”

Chief Justice of India, NV Ramana appeals to public, “We can defeat pandemic with discipline; wear masks, do not step out unless there is urgency.”

Chief Justice of India NV Ramana said, “We are going through trying times. Virus does not differentiate. Some strong measures may be needed in these difficult times.”

Chief Justice of India designate, Justice NV Ramana said that strong measures may be needed to combat the COVID-19 pandemic but it can be defeated with disciplined efforts.

Justice Ramana who will be sworn in as the 48th Chief Justice of India on Saturday said that society is going through trying times highlighting how court staff, judges and lawyers were all affected by the pandemic.

“We are going through trying times. Virus does not differentiate. Some strong measures may be needed in these difficult times. We have to wear a mask, wash hands and do not step out unless there is urgency. we can defeat the pandemic with discipline,” he said.

Justice Ramana was speaking at the farewell functioned organised by the Supreme Court Bar Association for outgoing Chief Justice of India, SA Bobde.

CJI SA Bobde began his farewell speech by adverting to the complexities he faced when he took over as CJI.

He also spoke about the how he had to learn many new things when the pandemic struck and the Court was forced to switch to video conference hearings.

“COVID required me as a CJI to learn new things about communication. We decided video conference is the way ahead. E-committee and registry itself managed to tide over and face the challenge,” he said.

He also said that video conference hearings have brought in a new form of inequality where access to technology has become access to justice.

He also stressed on the importance of Artificial Intelligence (AI) and “we will be at a great disadvantage’ if we do not adopt AI.

A lot of attention needs to be given to improving communication and relationship between Bar and Bench.

“I do not wish to criticize anybody but attitude and mutual respect that is necessary for excellent functioning of judicial system is sometimes wanting in the narrative. I am not saying become a society which compliments each other. But this communication and respect will lead to save the life, liberty of the citizens, there is no need for a mutual admiration society but nonetheless we must work harmoniously,” said CJI Bobde.

The role of media in interpreting relationship between Bar and Bench needs to be looked into, he added.

On Monday, the Session court convicted accused Ariz Khan alias Junaid in the matter relating to the Batla House encounter of 2008 where police inspector ... Read More

Central Government notified The appointment Of 4 Additional Judges of the Kerala HC and Two Jharkhand HC as Permanent Judges.

Apex Court grants bail to the resident of Jodhpur who was facing trial under the Unlawful Activities prevention act, 1967

On Wednesday, The Apex Court give permission to the special leave petition filed a person of Jodhpur facing trial under the Unlawful Activities Prevention Act ... Read More

NEWER POSTKarnataka High Court contended that the situation is very scary; only 32 HDU beds, 11 ICU plus ventilator beds are vacant.
OLDER POSTOutgoing Chief Justice of India SA Bobde wanted Bollywood actor Shah Rukh Khan to be part of the mediation panel which was set up by the Supreme Court in March 2019.