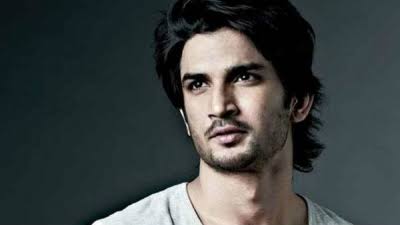 A PIL against media trial in SSR case filed before Bombay High Court to issue guidelines to regulate media reporting and give new dimension to Art. 19.

A PIL against media trial in SSR case filed before Bombay High Court to issue guidelines to regulate media reporting and give new dimension to Art. 19.

One of the petitioners name Asim Sarode has urged the Court to issue guidelines to regulate the media till specific statutory rules are framed and moved a PIL against the media trial in the Sushant Singh Rajput case.

Asim Sarode raised grievance over the way, the media has reported on the death of Sushant Singh Rajput, has suggested that the Court issue guidelines to regulate the print or broadcast media without curtailing the freedom of the press.

He adds that these guidelines will regulate the press until the legislature actually passes a law for regulation of the media. Sarode is one of the petitioners amongst a group of PIL petitions challenging the media trial in the Sushant Singh Rajput case.

In a reply affidavit, Sarode also enlists precedents where the Court had framed new guidelines “to bridge the gap of absence of clear law on some specific issue”, citing the examples of the DK Basu guidelines and the Vishakha guidelines.

Sarode has urged the Court to intervene in the interest of public as it “will shape the policy for responsible media.”

“In the background of present hue and cry over the media trial and uncontrolled way of handling issues by the media, giving new dimension to Article 19 of the Indian Constitution is the need of the hour.”
Asim Sarode

Sarode also pointed out the importance of Court guidelines in a situation where a certain news channels may not be covered under the News Broadcasting Association. He has argued that in such a situation, the news channel should follow the ‘reasonable restrictions’ which are applicable to members.

Sarode raised this plea to the Court in light of the inaction of the Press Council of India (PCI) against errant newspapers and publications.

He highlights that it was the duty of the PCI to identify the issues related to misuse of media and to hold an enquiry based on complaints received against a news agency. He adds that he fails to understand why the PCI had not taken suo motu cognizance against any of the errant newspapers.

Sarode has expressed hope that the High Court may frame guidelines as the Court had observed that there was lack of State control over the media.

In an earlier hearing, the Court had observed that Sarode’s petition raised similar issues noted in other pleas filed to curb media trials while reporting on matters concerning the death of Bollywood actor Sushant Singh Rajput.

The Court had previously passed general orders directing the media to show some restraint when covering news pertaining to the investigation into the death of Sushant Singh Rajput, remarking that the media reportage should not hamper the probe.

Sarode’s PIL, along with the other PILs, is listed for hearing today before the Bench of Chief Justice Dipankar Dutta and Justice GS Kulkarni.

Kerala HC has held that CCTV Footage of crime is not a ‘material object’ and therefore the accused is entitled to receive a copy ... Read More

The Central Information Commission held that Enforcement Directorate is not liable to disclose identities of tax evaders in Panama Papers and Right to Information ... Read More