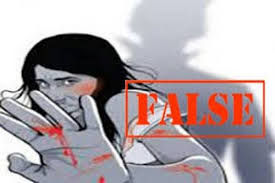 A Chennai court (XVIII Additional City Civil Court, Chennai) has awarded ₹15 lakh as compensation to a man named Santhosh, who was arrested on charges of rape (when he was a College student) and was made to face trial for over 7 years.

The XVIII Additional Judge, City Civil Court, Chennai Dr. R. Sathya Santosh was hearing a suit filed by the plaintiff, Santosh under Order VII, Rule 1 CPC for directing the defendants (Woman and her mother) to jointly and severally to pay him, a sum of Rs.30, 00,000/­ as damages and for cost.

Speaking to Live Law, Petitioner Santhosh’s lawyer A Sirajudeen said that the Judgment Dated Thursday (23rd January 2020) was pronounced in the open court on Saturday (1st February 2020), but was released online only last week i.e., more than 9 months after the same was delivered. However, he is yet to get the certified copy of the Judgment.

After he was acquitted in the case, as the DNA test proved that he was not the father of the child, whom the alleged victim-woman delivered, Santhosh filed a compensation suit against her while contending that she had falsely accused him of raping and impregnating her.

In the suit filed against the woman and her mother, it was prayed by the Petitioner Santhosh that the false rape charge had ruined his career and life.

Speaking to Live Law, Santhosh’s lawyer A Sirajudeen said that Santhosh and the woman’s family were neighbours and since they belonged to the same community, it was agreed between the families that Santhosh would marry the woman.

Supreme Court have asked from JIO that why not JIO Pay Reliance communication AGR dues for using its spectrum?

The Supreme Court on Friday stated that Reliance Jio must pay Reliance Communications' AGR dues in light of the fact that it was using the ... Read More

A petition has been filed by Dr. Rao and a parent of an applicant against the NLAT  which is going to be held for NLSIU ... Read More

The Bombay High Court has directed to the Mumbai police to issue a summons to Mr. Arnab Goswami, the Editor-in-Chief of Republic TV, in the ... Read More