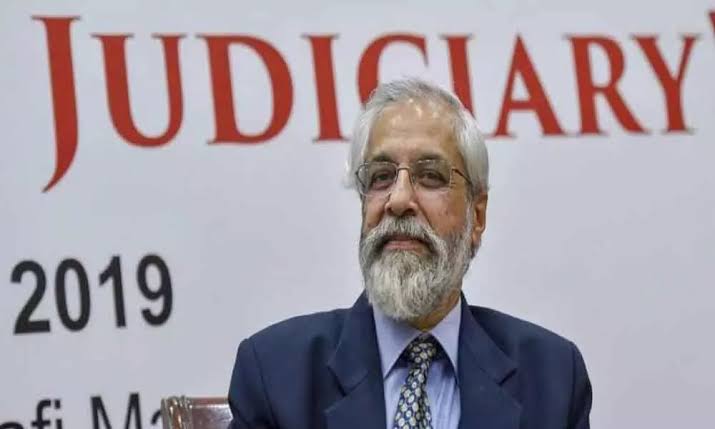 The Court clarified that the setting up of the committee would in no way be an indictment on the EPCA, and that its only concern was the quality of air in Delhi NCR.

The Supreme Court today appointed its former judge, Justice Madan Lokur as a one-man committee to monitor and prevent instances of stubble burning in the states of Punjab, Haryana and Uttar Pradesh.

The Bench of Chief Justice of India SA Bobde and Justices AS Bopanna and V Ramasubramanian accepted the recommendation made by the petitioner that a retired judge of the Supreme Court well-versed with the issue of air pollution and stubble burning monitor the situation.

During his tenure as a Supreme Court judge, Justice Lokur had headed the Bench that dealt with environment matters. His name was suggested by Senior Counsel Vikas Singh, representing the petitioner. Advocate Nikhil Jain too represented the petitioner along with Singh.

Singh told the Court that in a similar matter concerning stubble burning, the hearing is scheduled for much later in November. By that time, if no steps are taken to control the practice, the air pollution menace will have gotten out of hand. Given that the Supreme Court will close for the Dussehra vacation starting tomorrow, an interim order was needed, Singh argued.

Senior Advocate PS Narasimha, appearing for Punjab, and Additional Advocate General for Haryana Anil Grover sought to inform the Court of the steps taken by the states.
At this point, Additional Solicitor General Aishwarya Bhati told the Court that the Environmental Pollution (Prevention and Control) Authority (EPCA) was seized of the issue, and that the Centre is in contact with the concerned states.

On the basis of this, Bhati urged the Court not to direct appointment of the committee. She further submitted that the Centre and the EPCA may be heard by the Court on the date of reopening before passing any such orders.

The Court, however, clarified that the setting up of the committee would in no way be an indictment on the EPCA, and that its only concern was the quality of air in Delhi NCR. CJI Bobde said,

“We are only concerned that the citizens of Delhi NCR get to breathe clean and fresh air. The order will not be an indictment on EPCA or any other body.”

The Court thus directed for the setting up of the one-man committee of Justice Madan Lokur to look into steps to prevent stubble burning in Punjab, Haryana, and Uttar Pradesh. The Court added further,

“…we consider it appropriate to direct that the Chief Secretaries of the States of Punjab, Haryana and Uttar Pradesh and NCR of Delhi shall assist Justice Madan Lokur and enable physical surveillance of fields where stubble is likely to be burnt and devise additional means and methods for preventing the burning of stubble.”

The states have been asked to provide assistance to the committee. It was also suggested that groups such as the National Cadet Corps (NCC), the National Service Scheme (NSS) or Bharat Scouts and Guides may be deployed to form mobile teams for identifying instances of stubble burning.

Furthermore, the Court has directed the States to provide adequate assistance and facilities to the committee as well as the transport facility for those enlisted by the committee for carrying out patrolling work.
While existing authorities such as the EPCA have also been asked to render their assistance to the Committee, the Court has also clarified that the formation of the committee will not dilute the powers of any authority that has been working on the issue of stubble burning. The Court records in its order thus,

The committee is required to submit a fortnightly report to the Court, or as and when it is required to do so. After passing these directions, the Court fixed the next date for hearing in the case on Monday, October 26.

Just as the Bench was about to rise for the day, Solicitor General Tushar Mehta urged the Court not to sign its order for the appointment of the committee.

On being asked why he was making this request, Mehta said that there are some reservations and he may be heard by the Court on the next date of hearing before considering to set up the committee.

The Court then highlighted that the matter was heard at length for half an hour and the recommendation was made for appointment and consent from the judge was already sought. Thus it could not go back on its order.

“We heard the matter at length for half an hour. We heard everyone. The consent of the judge was taken. We passed the order in open Court. You tell us what your reservations are orally.”

“Recommendation was made by the petitioner, consent was taken by them. We were not even put on notice”, Mehta said.

However, the CJI said that the issue concerns the states and not the Centre. He also made it clear that Justice Lokur was not being conferred with some extraordinary jurisdiction or powers. Nevertheless, Mehta still pressed for the Court to consider not finalising this order. Ultimately, the Court declined the SG’s request.

Supreme court directs the centre and state government to help the sex workers by providing food and financial aid:

On Monday, the apex court directed Centre and  State Governments to provide food and financial aid to sex workers in a petition highlighting the distress ... Read More

Calcutta High Court allowed financial grant for Durga Puja and quoted that Religious festivals can be a springboard for socially relevant programmes. Including 3,000 within ... Read More

High court of Allahabad directs the former Judge and his wife to approach the District Magistrate for alleged eviction by son:

The high court of Allahabad directed the former Justice Anjani Kumar and his wife to approach the District Magistrate, Prayagraj with their grievances. The former ... Read More

NEWER POSTHigh Court of Gujarat has decided to open the chambers of Advocates from October 20 on the Odd-Even basis
OLDER POSTRight Of Married Women To Live At In-Laws Home, Supreme Court